It’s National TV Day today, so what better time to share our story from the time we were actually on TV – as part of BBC’s Dragon’s Den!

We thought it would be great to share our experience of being on the show. As avid Dragon’s Den watchers prior to the show, it’s very different to how we imagined it!

The whole experience started when we were invited on the show (you can apply, but the BBC also seek businesses out).

We got a call from a mobile number we didn’t recognise back in January 2019, which then left a voicemail saying they were from BBC’s Dragon’s Den… interesting scam caller, we thought!

This was then followed up by an email which looked pretty real – could our tiny wee business really be getting asked to be a part of this massive TV show?!?

We phoned back the Dragon’s Den contact who explained he found our business because we had won Online Business of the Year back in 2018 at The Scottish Business Awards. He then asked us to prepare a rough 2 minute pitch to use for an initial screen test down in Manchester, which assessed if we were right for TV – and we set the date for the next month. This was really happening!

For the next few weeks we worked on the pitch and then off to Manchester we went! We had to record the test pitch 10 times until they were happy with it, and then they asked us a few questions on camera, and that was that! Back up to Scotland we went, and it was just a waiting game to hear more.

We got a call at the end of March saying we had progressed to the next step – Due Diligence. They asked us to prep a mountain of documents and information, a bit like a background check for TV! But even more exciting – WE WERE ONE STEP AWAY FROM BEING OFFICIALLY ON DRAGON’S DEN!!

And we were! In April we got the call to say they would love us to be on the show and the filming date was set for the 18th May. Excitement and panic ensued!! Although there was no guarantee we would get shown on TV after it was filmed, we still had to prepare for it. There were so many provisions to put in place – what if the website crashed? What if we had to fulfil lots of orders in a few weeks? What if they completely hated us and it went live on TV?!?! Bearing in mind we were a very, very small business back then with just over 50 customers! This was a risk we had to take, even though we were small we just couldn’t pass up the opportunity.

Panic aside, we travelled down from Scotland on the 17th of May, car jam packed full of biscuits, boxes, bags, suits and possibly the kitchen sink! We got to the studio at about 4pm and were led to our “table”. We had already sent them a sketch of what we wanted the table to look like (see below!) so we had a good idea, and then the visual director came round and inspected it!

It was really interesting looking round and seeing all the other businesses – such a huge variety and varying in size and niches!

Once all approved we headed back to our hotel and prepared for a 4.30am rise – all meeting in the hotel lobby at 6am! We were told on the drive down that Touker wasn’t going to attend due to illness so there was going to be a replacement dragon so there was a lot of talk around who it might be!

We entered the “green room” – not as exciting as you might think! Lots of sofas, a mini kitchen area, fresh fruit (including whole coconuts which gave us all a good laugh – how were we supposed to eat them?! Haha). There were strict rules that we couldn’t leave the green room in case we bumped into one of the Dragons as they don’t want any preconceptions created around the pitchers!

Fun fact: when you go into the Den to do the pitch is a total mystery. The line up is a complete secret so you are genuinely sitting around with 7 other businesses all pitching, practicing and anxiously waiting until your name is called! There wasn’t even much socialising as we were all so on edge!

If you watch the show you’ll know when they introduce a business they have the intro section where they talk about themselves, and the dramatic waiting outside and walking-up-to-the-lift section, and the section in the Den with the Dragons. These are all filmed separately. So the morning went in quickly with filming the scene with the lift, and answering a lot of questions in front of a camera!

Hair and makeup follow you around too to make sure your hair etc. is EXACTLY the same for continuity (so they can stitch all the scenes together and you can’t tell they were filmed hours apart!).

SPOILER ALERT: Did we mention IT’S NOT A REAL LIFT??? This was one of the biggest shocks!! It’s just 2 sliding doors, and a middle section with about 10 cameras in it!!

Back to the green room we went! One by one we saw the other businesses get called in. We never see them again so you don’t know how they’ve done until you watch the show – and only 3 of us were actually shown on TV for that episode! We thought for sure we were going to be on early as we had to drive back up to Scotland afterwards…

It was around 5.30pm and there were only 2 of us left. The other business got called up… Yes, we were last on, can you believe it!! We actually asked the runners to get us a can of energy drink each!

But the good news was we knew what this meant – we were on next!! More last minute prep (“let’s say the pitch one more time…”, “let’s go over the numbers again…”).

7pm came and we were called in. WE HAD BEEN IN THE STUDIO FOR 13 HOURS. Were we tired? Nope!! Not anymore, pure adrenaline was fueling us… and maybe some nerves!

We were in the lift FOR THE LAST TIME! Confession from Sophie: it was so warm and I was so nervous I thought I was going to faint in the “lift” – wouldn’t that have made good TV!

We walked in… the Dragons are SO much closer to you than it looks on the TV. Theo Phaphitis was the stand-in Dragon for Touker, too!

THIS WAS US (hey, that sketch really came to life, didn’t it?!):

We did our pitch and it went perfectly – we were off on the right foot! And it got better – Deborah nearly fell off her chair with excitement of our biscuits and said she would make an excellent biscuit taster (the job offer is still open, Deborah!). We were actually so grateful for this ice-breaker and were feeling really good about our time so far!

Then it got to the difficult questions – we were able to answer all of them luckily and there was no real grilling like you see on some of the episodes! This was great!

But then we got our first “I’m out”. This was from Taj who said there was already a “graveyard of subscription boxes” out there… not a biscuit one though, Taj! 😉

Next was Peter who said our business was “ridiculous”… but not in a bad way!! Ridiculous because it was so impressive how far we had taken the business with so little investment! High praise indeed!! But it wasn’t for him unfortunately, so he was out.

The newest Dragon, Sara, said we had a “canny little business” but it wasn’t for her at the moment. We were super chuffed at that feedback though!

Deborah said we had a great “lifestyle business”, but she was also out.

And finally Theo kept the mood light again saying “as my Scottish predecessor (old Dragon, Duncan Bannantyne) would say ‘I’m oot!’” – which made us both laugh!

Overall they were really positive towards us and our business – and can we just point out that we don’t recall any of the dramatic “head lifts” and eyebrow raising they show in the episode, so we suspect these are canned responses added in for effect!

We thanked them and left the Den. It was over! It went SUPER QUICK. We were in the Den for around 40 minutes, but it felt like 10!

We were exhausted, and we still had more filming to do! We went backstage and answered a few questions about how the experience went, what we thought of some of the comments and so on, and then we were free to go!!

We packed up the table display of biscuits into the car. The BBC kindly offered us a hotel for the night, but we were so keen to get home to our own bed (and see our cat!) we decided to just drive back up to Scotland – what was 3 and a half more hours?! We got home at midnight – safe to say we definitely slept well that night!

Although it was filmed in May, the episodes didn’t air until September, and we had no idea whether we were going to even be aired or not! They don’t tell you if you’ve made it onto the show, if you have a full-length clip, a short segment (like we ended up getting!), or if your filming doesn’t make it, so we only found out 2 weeks before that we were going to be on… !!

There are so many words we could use to describe our experience: rewarding, exciting, stressful, eye-opening, surprising – but all in all we both agree it was a fantastic experience. It taught us a lot about our business, but most of all, the Dragons were so positive about our business it gave us such a confidence boost and a real drive to keep going and progressing it, and making sure we weren’t one of those subscriptions box businesses that Taj see’s in the graveyard…

If anyone is invited on to the show – do it! Whether it’s a yes or a no, it’s an experience you won’t forget and a once in a lifetime opportunity! 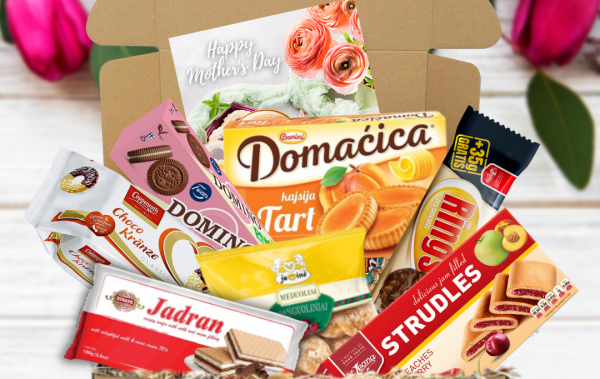 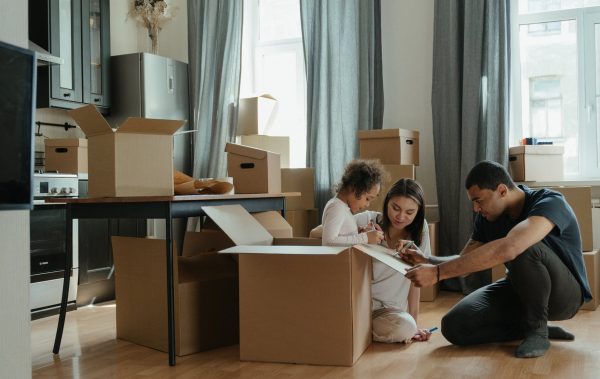 If you’re searching for a unique gift idea for a new home, why not give your loved one something they… 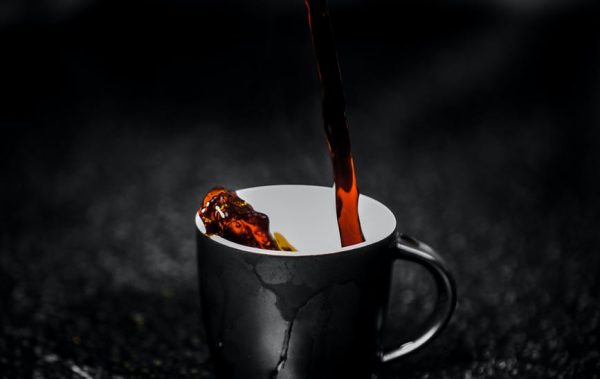 The Top 20 Mistakes When Making Coffee

Are you one of those people that won’t let anyone else make them a brew? Well you’re not alone! A…

The History of the Garibaldi: No One’s Favourite Biscuit

The history of the Garibaldi biscuit is an interesting one, though Garibaldi can mean many things depending on who you…

Our Top 3 Ideas To Try This Summer

Whether you are staying in the UK or holidaying abroad this year, summertime is full of potential – there are…

No products in the cart.